Staple Crops is a creative enterprise.

STCR Update Winter Twenty10: The Machines Are Shaping Us

Yes I have moments of digital silence – I don’t like to take up bandwidth without having something inspired to say. In that last year I also moved my main method of digital ranting over to Twitter. I didn’t really mean to and I didn’t tell anyone. I just let it grow organically. It’s been cool.

If You Have An Investment In The System, You Are More Likely To Play By Its Rules.

As an ethnographer and artist; Friendster, MySpace, Facebook, WordPress & Twitter have also been mediums of experimentation to me. I try to not take them too seriously. Keep an arms distance between Me and Digital Me so I can observe how my interaction with it changes how I am.

The machines are shaping us. Get into it.

As I reach my second to last archivable Twit (pronounced Tweet), I’ve decided this year that I’m going to Blog more, which is inversely proportional to Twittering less. I set out to do this for one simple reason: Twittering & tagging are labor we do for them; Blogging & journaling are labor we do for us. More on that here: The Internet as Playground and Factory Conference

My blog topics this year will be heavy on the Hip-Hop Word Count because the 2nd beta is finally launched. Hip-Hop Nerds Stand Up!

I will be sending private beta testing invites in the next STCR Update. If you’d like to be a beta tester register for a user account and subscribe to the STCR Updates list by clicking on the email button on the top left of the page. 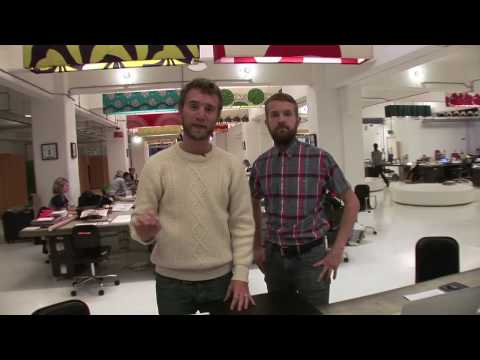 Vic’t is the diminutive of a colloquial term describing the state of a person victimized by theft. Using the politics of subversive quotation the work contained in Vic’t uses aesthetic artifacts stolen from commercial billboards. These ads are re-worked and re-purposed to serve as practical training exercises to strengthen one’s critical gaze. Once prepared the viewer can be more vigilant when interacting with advertisements in their natural environment.

Jay-Z Is A Biter

The secret to creativity is knowing how to hide your sources. -Albert Einstein.

Bonus Beats: I’m Not A Biter I’m A Writer MP3

Here’s the deal: Design strategy thinking will be ubiquitous and integral in shaping the corporate culture that produces product x; directing the research, development and innovation of product x; as well as creating the marketing for product x.

3-D printers and CAD guided laser cutters will be widely distributed and whole factories won’t have to be engaged to make a prototype or a product line. This will result in lowered production costs and a lower barrier to making affordable one-off’s marking the start of Mass Customization 3.0. We will be able to produce one customized object for each person that desires it.

We will allow consumers to produce and market their own sub-brands. The Public will be in charge of final design approvals, not the parent brand. The parent brand will take a percentage of all profit and the shared rights to everything that is produced under each consumers franchise. The result is a product line that is open source, with the marketing (each consumer/producer’s experience) built into each product.

If you had to explain to someone what an increasing divorce rate, cable television, the space shuttle challenger disaster in the 1980’s, the popularity of South Park and the rise of instant messaging (social media) all have in common, what would you say?

My answer: No hope for the future has shaped our impatience for the present. We need everything now. Who knows, who cares what happens later?

Divorce: the paradox of choice – too many options have us in a permanent upgrade mode. The novelty of something new activates our brainâ€™s reward center. Perfection is the expectation. Why repair something when we can get the new model?

Space Shuttle Disaster: apathy – My parentsâ€™ generation got â€˜one giant step for mankindâ€¦â€™ my generation watched our futures explode with the Challenger on television.

Cable: sedentary life â€“ Cable programming is comprised of reality shows and news programs sandwiched between pharmaceutical ads and retail therapy. We watch modern archetypes live out their scripted lives on TV. We live vicariously through our favorite characters and mimic their lives (i.e. the Sex And The City / NYC Prep / Real Housewives Of New Jersey phenomena). The result makes our authentic thoughts and movements secondary.

South Park: super cynicism – A little cynicism is healthy. Overly cynical people become too paralyzed to act, we can only watch from the sidelines and comment while we wait for a hero to save us.

Text Messaging: Devolution – digital communication is making us into humanoids who can’t talk face to face, canâ€™t employ proper writing syntax and have no compassion to wait for a slower non-digital exchange of information to unfold.

Sounds dark, but also enforces the need for a cadre of optimistic contrarians to instigate positive social change.

T-Mobile is a Biter

The secret to creativity is knowing how to hide your sources. -Albert Einstein. 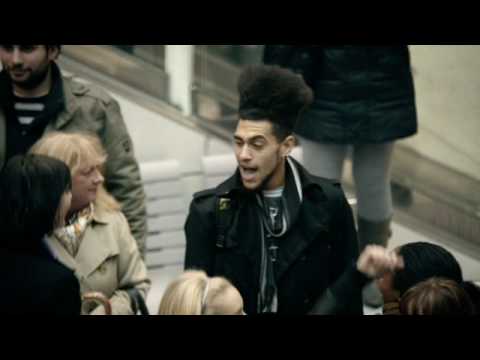 I love the panel in Watchmen where Adrian Veidt aka Ozymandias retreats back to Karnak – his fortress in Antarctica and orders 36 TV’s installed into his workroom. He tunes them all in to different stations and takes the world’s emotional temperature by analyzing the commercials, program content and news.

The world’s smartest and 10th richest in last years Forbes Fictional 15, Veidt’s listed profession is Marketing – let me find out Ozymandias is a Strategic Planner.

If these social media websites were around in the 80’s Adrian Veidt would have used them to perfection. Google searches tell us what people want, Twitter tells us what people think and We Feel Fine tells us how people feel. We are making new tools to understand our rapidly changing modern mythology, the applications are boundless:

From Minyanville
The Rise of Behavioral Finance